It is no longer taboo to speak of the vagina. Vaginal concerns were unmentionable in bygone eras. But it’s the 21st century and women no longer have to whisper about the intimate secrets of vaginal health. 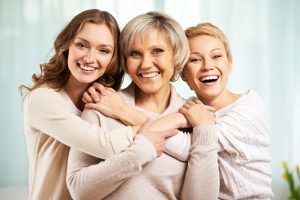 The Secrets of Vaginal Renewal Can Be Shared At All ages.

At Altiora Plastic Surgery Medspa and Orlando Cosmetic Surgery, the new ThermiVa treatments has are giving attention (and TLC!) to some long unspoken female issues.

ThermiVa has brought new health, confidence and intimate beauty to women of many ages, with the remarkable energy of new Rf technology. In our previous blog we introduced the amazing, energizing power of the ThermiVa Treatments at Altiora Plastic Surgery Medspa and Orlando Cosmetic Surgery and Medspa. You might want to read or review that blog before proceeding with this one.

Doctors, scientists and technologists have begun to solve the age-old mysteries of the female body. Now, with a few treatments, vaginal restoration and rejuvenation can be painless, gentle, non-invasive, and require no down-time.

With ThermiVa, technology has broken the last of the vaginal taboos.  Women have begun to realize that they no longer need to bury unmentionable problems in mystique or embarrassment.

In our previous blog, we explained the technology behind the therapy. In this blog, let’s examine some of the intimate secrets many women face. Let’s see how ThermiVa is changing lives, one vaginal rejuvenation at a time. As we often do, let’s use some fictional patient’s accounts that symbolize the typical vaginal problems. In  years gone by, many patients were afraid about admitting these issues, even to their doctors.

We set the scene on the patio of a lovely Florida home where three friends, ages 38, 47 and 62 are “staying in,” to have a girl’s night out. They talk about books, fashions, and of course, men.

Vaginal Secret One: The Horror of the Sneezing Giggles!

As we join them, Jewel, the 38 year old says something funny, and a fit of laughter takes everyone’s breath away. But Lisa, 47 year old 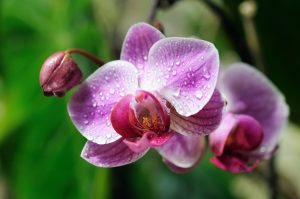 Urinary Incontinence can deprive a woman of confidence. ThermiVa Could Help.

mother of three, winces and stops short. She blushes, and says, “Now you’ve done it, you’ve made me wet myself!” In spite of her the secret disposable panty pad, she has dribbled a considerably uncomfortable amount of urine on herself.

She adds, “I really hate that. Ever since my twins were born, eight years ago, I can’t laugh or sneeze without wetting my pants.”

At 62, Raven, a worldly and elegant grandmother of one, is quick to mention ThermiVa.  A retired nurse, she tells her friends about the biggest vaginal secret of the century, “My cosmetic surgeon does ThermiVa. I had three sessions last year. I almost never have that urinary incontinence problem anymore. Oh, maybe I have a drop or two, but previously it was a flood! It’s a relief to laugh without fear.”

Reports from professionals validate good results from stress incontinence patients. For example, Seattle plastic surgeon, Dr. Ludwig Allegra wrote on the plastic surgery forum, Real Self, “Virtually all of our patients experiencing this issue have seen dramatic and rapid response with no reported adverse concerns. The improvement has been seen with the initial treatment in the majority of our patients.”

Jewel giggles, “Can you sneeze now, too?”  “You bet, said Raven,” and with a slow wink, she added, “And you’d be very surprised at the side benefits of my treatment–even though I am 62 years old.

Jewel grins, “Well,” she says conspiratorially, “Urinary incontinence is not why I have had ThermiVa.” She explained, “I saw medical information about ThermiVa on The Doctors on television, and that’s when first heard about it. I have only had one treatment and my—uh…vaginal dryness has improved 100 percent. ”

She adds a few more ThermiVa secrets:  “I can hardly wait for my next treatment! My husband calls me his new bride!  Not only am I more moist, but I am tighter, and I my labia are nice and even, now. I feel velvety and sculpted.”

Lisa is a little shocked by the honesty of her friends. She feels a little out of date, but she is intrigued. She has a secret that goes to the very core of femininity. In a quiet, serious voice, she explained to her friends how difficult it is for her to achieve orgasm.

Lisa was a victim of feminine sexual dysfunction. Raven patted Lisa’s shoulder maternally and re-stated the importance of checking into the new ThermiVa therapy.

When she went home to her computer, Lisa looked up the ThermiVa treatment.

She found documentation of the non-invasive vaginal treatment. She read studies and tests and the words of Dr. Bruce E. Katz, “With this technology, we also see changes and tissue tightening and increased blood flow to the labia majora and clitoris, which improves sensitivities.” 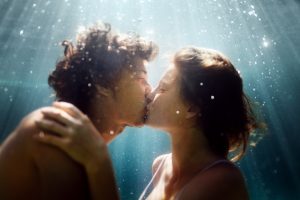 Added to her two friends enthusiasm, Lisa decided the science behind ThermiVa made intellectual sense to her. Put briefly, she liked the results of testing.  “Treatment can reduce the time to achieve orgasm by an average of 50%,” said Dr. Katz.

She also found articles in popular women’s magazines. Likewise, she discovered an astonishing 95% “worth it” rating from plastic surgery patients on Real Self.

Her friends had taken the ThermiVa treatments to  restore abilities they had lost; Lisa sought ThermiVa to find something very special she had seldom enjoyed…Something very feminine and intimate. There is a reason journalists have christened ThermiVa as the orgasm-enhancing treatment.

Could it be that this satisfaction so long denied to her could be discovered, even at 38 years old?  For her, we are happy to say, it was. She and her husband have found great joy in her new sensuality and confidence.  We urge you to call our staff in Sarasota, and discover if ThermiVa is right for you.

Note:  At Altiora, your safety is always our prime concern. ThermiVa is not for everybody.  You will be examined by a physician before this procedure,