Many patients want to know how long they will retain the new youthful appearance gained in a facelift.

In order to discover how long the facelift lasted, they studied photographs and measurements of 50 patients who had under gone facelifts during the previous five and a half years.

Three criteria were established to judge the effects of time on the faces:

1. Meticulous Measurements…Researchers compared such items as “jowl height and the angle of the chin to the neck.”

2. Extraordinary Observation…Scientists carefully analyzed detailed appearances, such as the depth of naso-labial folds and “marionette” lines.

3. Sensitive Scores…They created an overall assessment, a “global score” of the patient’s appearance.

They discovered that on objective measurements, over the course of 5 and one half years, “the improvement in jowl height decreased by about 20 percent during follow-up.”

Somewhat less appealing, was their discovery that “the angle of the chin to neck showed even greater reduction, with 70 percent of the improvement being lost.”

Impressively, the lines and creases showed “showed little deterioration in the years since surgery.”

The overall subjective assessments, those global scores, supported the impression of worthy improvement. “Scoring suggested that 76 percent of patients will still look younger, 5 and one half years after a facelift than they did prior to the facelift.” 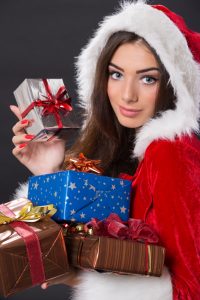 These doctors established conclusions that will help to shape patient expectations for the long-term outcome of their face-lift. “There is no significant objective or subjective sign of continued aging or ‘relapse’ in any area except for the neck.”

The researchers add, “The vast majority of patients will continue to look better several years after surgery than they did before.”

If you are contemplating your new look for 2013, this research provides valuable data for making your decision. Until this research was published last month, there was no valid, definitive standard on which to base your choice.

Once again, Orlando Cosmetic Surgery wishes you a wonderful Season full of heart-warming time with family and friends!