Botulinum Toxin A, or “Botox” as it is commonly called, is back in the news helping patients again.  Yes, Botox does much more than simply treat wrinkles.  And that’s a pretty impressive feat in itself.

And Altiora’s Dr. Orlando Cicilioni has followed each trending new usage with keen interest.  We have seen numerous uses developed over the years for injections of Botulinum Toxin A.  Indeed, we have seen the research help with bladder function, migraine headaches, depression and even heart surgery. 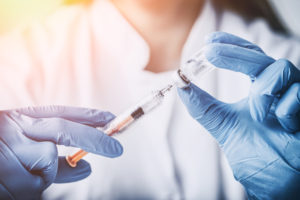 Now, Altiora Plastic Surgery & Med Spa is delighted to see it being researched and used in facial reconstruction for scars.  In fact, it is changing lives and self-images for patients with facial scars. And research is proving its efficacy.

According to Plastic Surgery Practice, the researchers noted positive results using “Botox” in facial reconstruction surgery.  They concluded, “treatment with botulinum toxin A (BTX-A, or ‘Botox’) can improve the final appearance of surgical scars.”  They published the results of this clinical trial in the March issue of Plastic and Reconstructive Surgery.

Standards for Improving  a Facial Scar:

If you were afflicted with a terrible scar from a car wreck or tumor surgery, what would you hope reconstructive surgery could address?  Would you want it to be narrowed?  Would you like it to flatter?  Well, those are exactly the characteristics targeted by Xiao Xi Lin, MD, Ph.D. and her team at Jiao Ton University School of Medicine.

Put simply, “This study demonstrates that early post-surgical botulinum toxin injections can produce better, narrower, and flatter facial surgical scars.”  The use of botulinum toxin during reconstructive surgery is one more advancement in the wealth of usages for these injections.

A Quick Side Reference: Comparison to Other Reconstructive Research 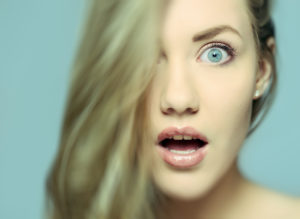 Even confident women will find ways to hide it if they get a bad scar.

Although it involved research into another area, fractional laser surgery.  New research in Botox testing reminds us of the 2015 scar studies by military surgeons. (Just imagine the extent of the military combat scars on their patients.)

To put it briefly, “To aid in the function and appearance of battlefield scars, military dermatologists began experimenting with ablative fractional laser surgery.” — This is “known to improve the appearance of acne scars.”  This was not a large study, but it did have longevity.

They added, “Results over the last seven years have been impressive, and dermatologists now are treating civilians injured in car accidents, fires and job and household accidents with this laser therapy to enhance scar and wound healing.”

Here’s the Take-Away from this little side comment:  Just as the fractional laser embraces beautifying anti-aging treatment, reconstructive work on military combat scars and reconstructive surgery on lesser traumatic civilian scars, so Botox also embraces a multitude of different uses.

All 16 of the patients in Jiao Ton University Scar study were under 12 years old and planning facial plastic and reconstructive surgery.  They had been victims of disfiguring facial birthmarks, such as melanocytic Nevus or Port Wine Stain.

Scars Are Gone, thanks to Dr. C and his gentle Botox treatment.

1. First, the research team recorded that they randomly assigned half of the facial scar of each patient to treatment with boor inactive saline (placebo) solution.  Technicians or surgeons injected patients immediately at the end of surgery.

2. The injected botulinum toxin in the other half of each patient’s scar.

3. Then, six months later, another group of independent plastic surgeons measured each scar and, “rated the appearance of both sides of the scar.”

4. You’ll be happy to know that the final appearance of the scar was significantly better on the side that they treated with Botox.  The surgeons kept the evaluation very simple. They used a 0 to 10 point scale.  0 was the worst and 10 was the best in the scoring.

Thus surgeon’s rated the overall scar appearance 5.76 on the Botox side and 4.97 on the saline placebo side.

It is the most common cosmetic procedure in the United States.  About 7 million BTX-A injection procedures were performed in 2016, according to ASPS statistics.

We Know it Works, but How?

Researchers believe the temporary muscular paralysis caused by the Botox decreases “movement and stress around a healing wound.”  Dr. Lin and coauthors speculate.  “This relief of tension may help prevent facial scar widening, hypertrophy and hyperpigmentation.”

Thanks for reading our blog.